The Lumix cameras are micro-four thirds sensors. In the 3:2 ratio in which these photos were taken, both have just over 14 MP of image resolution.

The Lumix cameras were shot with the Lumix 14-42mm kit lens, at 25mm (equivalent to the Nikon 18.5mm lens field of view) at about f/5.6. The cameras were set to Program mode and white balance was set to Auto. I realized afterwards the GH-4 was also set to a “Custom” photo setting that I use to reduce the highlights so it was not quite identical to the GH2.  The 1 Nikkor prime lens is also sharper than the Lumix kit lens.

These are 1:1 extractions of RAW images from Lightroom 5.x. All shots are at ISO 800 as my goal was to test low light situations.  Noise reduction and sharpness setting were what ever the default was at – thus, no attempt was made to clean up the noise. These tests are not laboratory quality – but the kind of tests that us hobbyists do to better understand our gear!

You can click on any photo to see the full size image.

The V2 shows a slightly higher noise grain than does the J1 (V1 equivalent).  However, the J1 is a 10 MP sensor and the image enlargement is not the same. When the J1 is resized to match the V2, the noise grain is closer in appearance to the J1.

Also note that in the smaller sensor J1 and V2, magenta chromatic aberration is apparent at lower left. This is easily fixable in Lightroom.  Also, those faint pink splotches captured in the V2 images were captured to some degree with all the cameras. There is a reflection from something going on – I just never noticed it before.

Interesting to see that the GH-2 had a lower exposure selection. Not shown, but an open window to the left of this section of the photo was bright for all of these photos.

There appears to be a very slight bit of chromatic aberration at lower left or at least some slight flaring at the high contrast points.

The GH-4 did better on the auto exposure, white balance and the chromatic aberration. Even though the GH-4 is using the exact same lens as was used on the GH-2 photo above. That implies the GH-4 is doing some image processing on this RAW file that the GH-2 does not do. While there are differences in white balance making the grain harder to see in the GH-2, manually adjusting the exposure in Lightroom showed fairly similar levels of grain.

The following is not a fair test. The Nikon 1 cameras used the 18.5mm prime lens while the Lumix used the 14-42mm kit lens. Unfortunately, I do not have a Lumix prime lens (25mm) which is needed to make this test fair.

What this does show is that the Nikon 1 with the prime lens is very sharp – perhaps sharper or at least on par with the 4/3ds camera with the kit lens. Each photo taken with the lowest ISO setting.

Because the J1 has fewer pixels, the 1:1 image above shows a wider area. Still, it is surprising how good the 10 MP image looks compared to the 14+ MP image.

With the images reset to roughly equal sizes, the greater resolution of the V2 becomes apparent. Here, the J1’s 10 MP image is enlarged to match that of the higher resolution V2. Bear in mind that these are really bad case/low light situations too.

J1 3:1 on the Creole seasoning container

V2 3:1 on the Creole seasoning container

While the resolution improvement in the V2 is visible, it does not have nearly as much visual impact as you would expect in going from 10 MP to 14 MP. Note the word “Original” in the yellow band area – the word “Original” is readable in the 14 MP version but not so well in the 10 MP version. Still … not a lot of difference, is there?

Even at ISO 400, the GH-4 looks slightly better than the Nikon 1 V2 at ISO 160  (above). I did not shoot this test photo at ISO 200 (or using the expanded ISO setting on the GH-4, I could go as low as 100 – but there is apparently no improvement in image quality at that setting).

I did not shoot the test photo with the GH-2.

Small sensor cameras are doing better and better as each new product is announced.

The Nikon 1 J1 is already up to the J5 generation with 20+ MP and a better low light sensor. The V2 is presently up to the V3, with the V4 rumored to appear soon (and assumed to be similar to the J5 sensor).

The Lumix GH-2 is now up to the GH-4 generation.

In well lit areas, the Nikon 1 V2 appears to hold its own very well against the larger 4/3d sensor (the GH-2 and V2 are roughly comparable in that they were both sold around the same time). I have generally avoided shooting at ISO 800 and have probably never shot at ISO 1600! However, after these tests, I am comfortable that I can get decent results on any of these cameras at ISO 1600.

In low light, the larger sensor of the GH-2 and the GH-4 cuts the noise. You can probably shoot the GH4 at an ISO setting double that of the V2, for the same noise level. Not a big surprise.

The 4/3ds sensor also has noticeably wider dynamic range but none of these tests demonstrate that feature.

None of these cameras compete directly with full frame sensor cameras and their better low light capability. But then, they cost a tiny fraction of the cost of the full frame camera. If you are not shooting extreme low light situations, the smaller sensors may be entirely fine – which is the case for me.

I did these tests because I am thinking I may carry only the Nikon 1 V2 on some future trips. Not only is the camera small, but the lenses are small too and weigh very little compared to larger formats.

In the real world where most of us post photos to FB or Flickr, the image resolution we look at with this detailed pixel peeping just does not matter. These photos will all look fine on line.

As long as I am not shooting a lot of low light situations, there is not a big difference in image quality and I can usually control for the slightly narrower dynamic range of the 1″ sensor by shooting RAW and if necessary, using exposure compensation to control for bright highlights and dark shadows.

I do a lot of shooting with the Nikon 1 cameras and love’em. 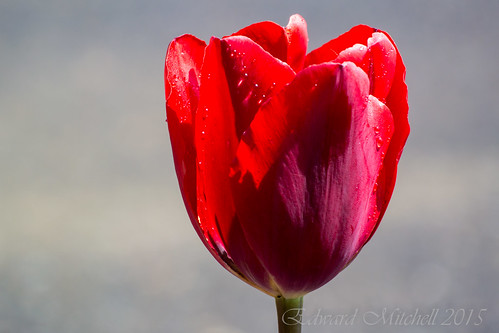 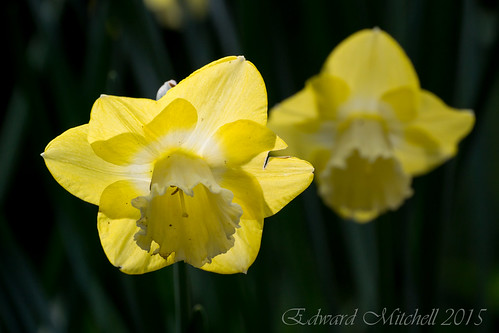 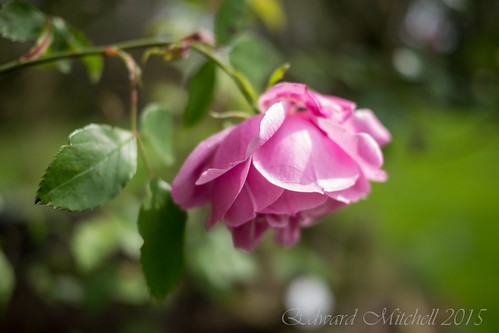 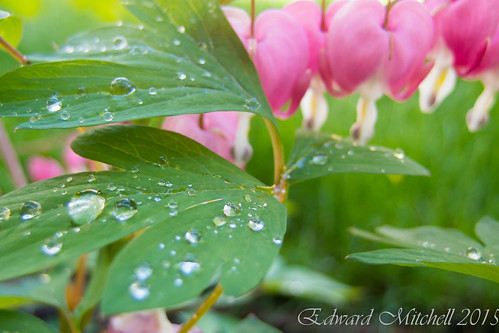 It is that time of the year now. Blossoms and flowers. Click on any photo for larger sizes at Flickr. 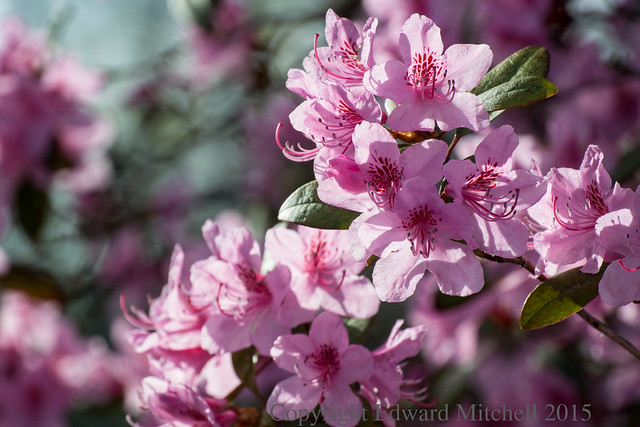 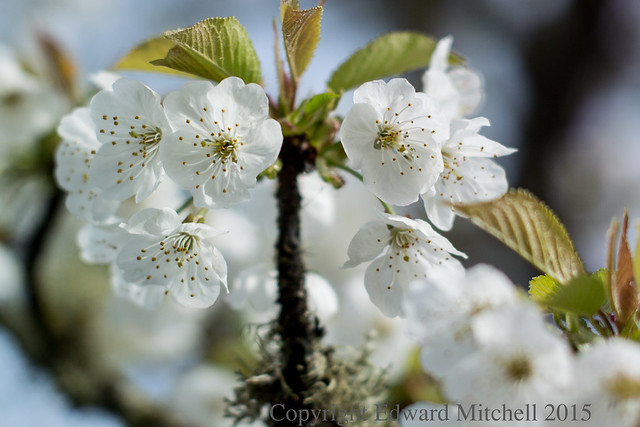 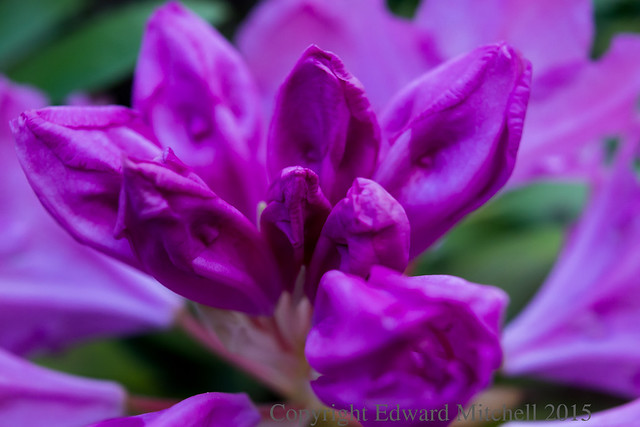 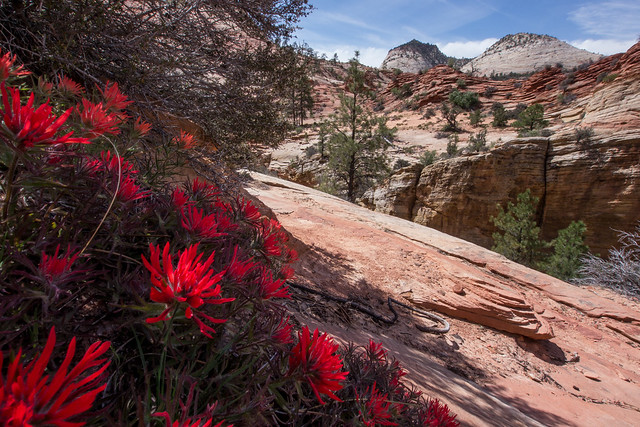 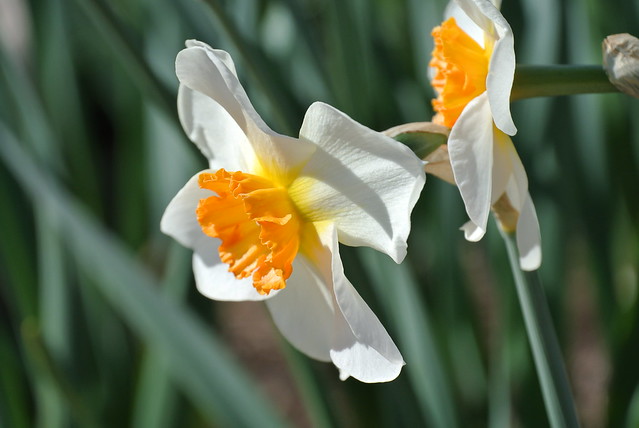