Sony has added support for 360-degree YouTube videos to its PlayStation VR headset, unlocking a whole host of new content for owners.

Am launching a new user interface look to my web site on 3D photography and expanding to include virtual reality, VR 3D, VR 360 and may be augmented reality (AR) too!

My original focus was 3D. However, a couple of years ago, Youtube dropped their Flash-based 3D player and we no longer had a nice way to display our 3D photos or videos online.

Quite some time later, Youtube re-introduced a 3D feature but supporting only red/cyan anaglyph (colored filter glasses) for watching on the computer.

BUT – Youtube also introduced support for the Google Cardboard viewer. Google wanted to make virtual reality accessible to many people at low cost and their solution was to add a viewer that works with your existing smart phone. Apps on the smart phone measure the movement of your head and this is translated into a viewing angle into the virtual reality stream.

Conveniently, this tech also supports viewing 3D in full color. Whereas most people do not have a 3D Monitor or 3D TV, most do have a smart phone. And with a simple, inexpensive phone holder, they now have an easy way to watch full color 3D on their phones.

As a result, 3D is seeing a resurgence now on Youtube. Search for “VR 3D SBS” or “VR 3D SBS CARDBOARD” and you will begin seeing a lot of 3D content, with much of being watched tens of thousands to hundreds of thousands of times. Clearly, there is a demand for 3D content.

Microsoft may be about to make its case for how Windows Holographic devices will make professionals and consumers more productive and creative.

Source: Microsoft ready to put Windows at the center of 3D – CNET

If 3D TV failed because people did not want to wear 3D glasses (often called 3D Goggles by the media), how will VR with its VR helmets be a long term mass market item?

Point n shoot cameras have come a long way, just as have the high end and very expensive professional and near professional cameras.

Traditionally, “point n shoot” cameras have had small sensors that did not work well in low light, and may not have had access to all camera controls.

Today, many of these point n shoot cameras features larger sensors (1/1.7″ up to full 1″ sensors), can shoot in RAW and have a full set of manual controls for full image control. Plus, many of the new sensors perform much better in low light than they did just a few years ago.

Truth is, it is possible to get near professional quality photos out of low end point n shoots, especially when shooting in RAW and using post processing software. Indeed, we can now simulate narrow depth of field “bokeh” in software processing.

This summer I took only a point n shoot and my Nikon 1 camera on a vacation trip just to see what I could do. Most people would not be able to tell the difference between those shots and those taken on higher end gear.

These test shots were taken using a Nikon 1 J1. Not much attention was given to focus or exposure as the goal was to demonstrate vignetting and where the lens works best.

Created these shots as someone asked for some examples of vignetting with the Nikon 1 and this lens combo.

As a 3D stereographer, I am always aware of the 3D space in front of me. And when shooting 2D, I often wish I was shooting 3D!

The key idea, in this linked column, is that by learning to see in 3D, we can improve our 2D photos. You might think “seeing in 3D” is obvious – after all we see a 3D world around us. But truly, as 3D photographers know, learning to see in 3D is a technique all unto itself.

About negative space, looking 3D and some other things.

Source: About negative space, looking 3D and some other things. By Dirk Dom – STEVE HUFF PHOTOS 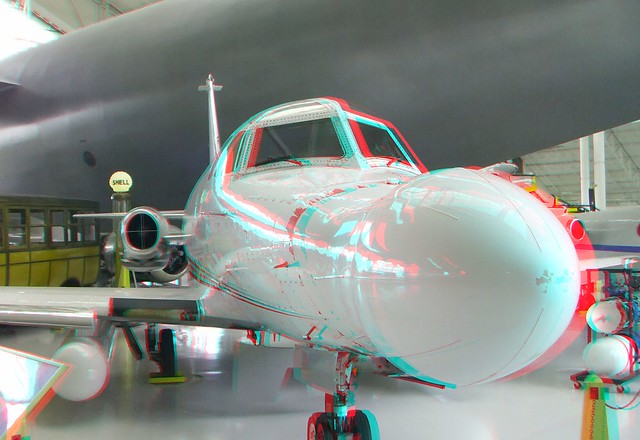